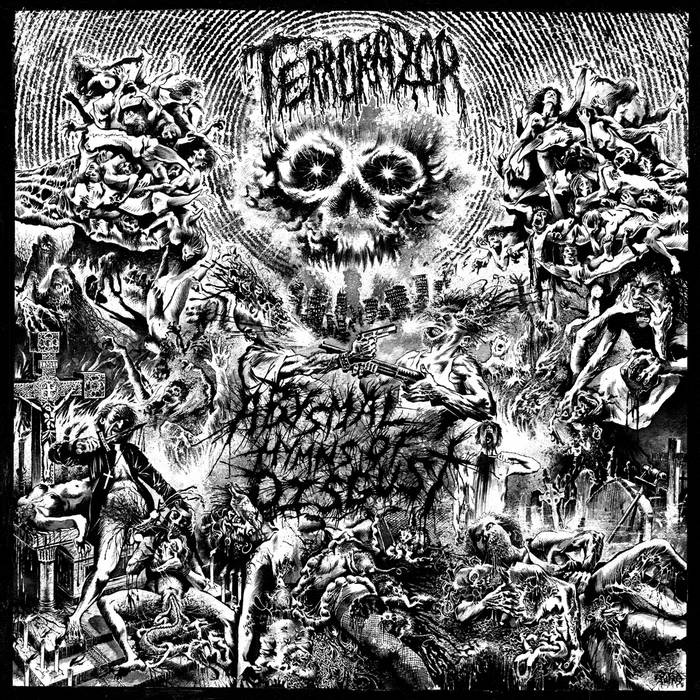 After releasing dozens of demos and splits Germany's TERRORAZOR return with the debut full length. “Abysmal Hymns Of Disgust” brings forth 19 songs of ripping old school grindcore with some death and thrash metal influences. The band is led by Avenger (NOCTURNAL, EXORCISM, FRONT BEAST, THE FOG…) on guitars/bass, Cryptkeeper (WITCHBURNER) on vocals and Skullsplitter (NOCTURNAL) on drums. The album was mixed and mastered by Joel Grind (TOXIC HOLOCAUST) and artwork handled by Putrid (AUTOPSY, CIANIDE, COFFINS, GRAVEYARD, HOODED MENACE, IMPETIGO). This is a must have for fans of REPULSION, TERRORIZER, DEAD INFECTION, old NAPALM DEATH, BLOOD, IMPETIGO, and SLAUGHTER (Can).

outré black metal, with a Victory Over the Sun interview and music from Liturgy and Jute Gyte.